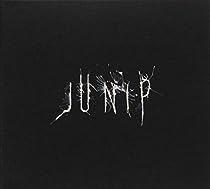 Availability: Usually ships in 24 hours Ships from and sold by Amazon.com
Product Description
This is the trio s sophomore self-titled release, coming April 23rd, 2013, which builds on the band s critically acclaimed debut album Fields (2010). Junip showcases the boldness and joy that enveloped Elias, José and Tobias as they crafted their newest record.

Their sound can be familiar to those who have listened to González's critically
acclaimed records, but added to the mix on top of his nylon stringed guitar and
distinctive voice are organs, synths and drums. The songs are often dynamic,
melodic and shadowy.
Product Details
Product Features
Customer Reviews

Great music bad production decisions.
By Kerry Garrett
I like the music but someone thought that running it through a distortion box would give it an ambient feeling. I would rather hear it clean. It sounds like an old record that has been played too many times.
Other than that I like it. If they ever do a remaster I may buy it again.

Fantastic!
By EMP
I first became aware of Jose Gonzalez through his cover of Massive Attack's "Teardrop." Since then I've really liked everything I've heard that he's been involved with, especially Junip. This album continues the feel established with 2010's Fields. Sort of a 6:30 on a summer afternoon feeling...laid back, but with soul...mellow, but not tiresome. Close in sound and feel to Gonzalez's work with Zero 7's The Garden.

A Strong Recording Overall
By Jeffrey L. Hobbs
All the cuts are listenable, 3 or 4 memorable. The two that impress me the most are the hard-charging "Line of Fire" and the Gilberto-esque "Baton". Also enjoyed "Your Life Your Call" and "Walking Lightly", both representative of Junip at their best. I find this maybe a tad better than "Fields", because it seems to be pushing their boundaries out a little further with the keyboards and rhythms in support of Jose Gonzalez's hypnotic guitar and vocal style. If you are looking for trippy, coffee-house folk, this is the band to go with.